In this AP English course, the equivalent of an introductory college-level survey class, students are immersed in novels, plays, poems, and short stories from various periods. Students read and write daily using a variety of multimedia and interactive activities, interpretive writing assignments, and discussions. The course places special emphasis on reading comprehension, structural and critical analyses of written works, literary vocabulary, and recognizing and understanding literary devices. Students prepare for the AP Exam and for further study in creative writing, communications, journalism, literature, and composition.

Students learn about elements of the AP English Literature and Composition Examination and begin their preparation for university courses in literature, composition, and creative writing. This unit introduces the techniques of critical and close reading and the writing process, including strategies for prewriting, writing, and revising.

Students read a selection of short stories and poems with the theme of personal exploration from different cultural and ethnic backgrounds. They learn about figurative language, stream-of-consciousness writing, point of view, race in literature, and forms of short fiction. They will learn about tone, mood, and attitude in poetry and literary devices used by poets.

Students are introduced to drama with Hedda Gabler by Henrik Ibsen and A Streetcar Named Desire by Tennessee Williams. In addition, they will read about Ibsen and his realistic style, explore how plays are structured, and learn how to write about drama. They learn about character development, dialogue, and paraphrasing dramatic dialogue and action.

Students read poetry selections dealing with love and separation. They read and interpret two classic Renaissance poems, and learn about different forms of poetry, classical allusions, and how to identify a poem's speaker. They learn about tone, mood, and attitude as they read four contrasting poems and examine love from the perspectives of modern poet Edna St. Vincent Millay and contemporary poet Cathy Song. They also learn about poetic structure, sound patterns, rhyme scheme, alliteration, and imagery.

Students read the novel Their Eyes Were Watching God by Zora Neale Hurston, one of the most prominent American writers of the 20th century. They learn elements of magical realism and how dialect is used in fiction, explore how memory and time work in fiction, and learn how history influences and is reflected in literature. They also explore the function and structure of endings, read more about using textual evidence to support ideas, and learn helpful tips for writing about long fiction.

Students read William Shakespeare's Twelfth Night, one of his best-known comedies. It's a tale of disguise, deception, mistaken identity, and the strange things people believe when they're blinded by love. Students learn to interpret Shakespeare's language, begin to recognize the conventions of Shakespearean drama, and consider the influence of motive and desire on a character's development.

Students review what they have learned and learn how to prepare for multiple-choice and free-response test questions, then take the semester exam.

Students learn about life and literature during the Victorian Era, focusing their attention on its dominant literary form, the novel. They read Charlotte Bronte's highly acclaimed Jane Eyre.

Students learn about British Romanticism and its influence on American writers, and about the American transcendentalist movement. Romanticism is studied through the poetry of William Blake, William Wordsworth, Percy Bysshe Shelley, Samuel Taylor Coleridge, and John Keats. The work of the American transcendentalists reflects a movement to define spiritual and religious beliefs with new discoveries and new modes of thought in an era of change.

This unit focuses on turn-of-the-century literature in both Britain and America. Students focus on a turn-of-the-century short story by Joseph Conrad, "Heart of Darkness," which tackles the controversy over imperialism by presenting a bleak look at the economic exploitation of Africa. Students also study Charlotte Perkins Gilman's short story "The Yellow Wallpaper," which depicts a woman's increasing mental confusion after she's treated for depression with "the rest cure" and forbidden to do any activities.

Students read the work of Irish, American, and English poets, all concerned with changes of social order, the fragmentation of experience, and new ways of presenting poetry. Students sharpen their skills in reading, analyzing, and writing about poetry.

Students read The Great Gatsby and other literature that explores the notion of the American dream. In addition to being an intriguing mystery, The Great Gatsby gives a clear picture of one part of 1920s America. Students also read two poems by Langston Hughes, an important poet of the Harlem Renaissance.

Students read contemporary literature, including short stories by American and international authors, and the novel Annie John. These stories address the experiences of various groups within and outside American culture, and the effect of diverse backgrounds and cultural perspectives on literature.

Students read contemporary literature, including short stories by American and international authors, and the novel Annie John. These stories address the experiences of various groups within and outside American culture, and the effect of diverse backgrounds and cultural perspectives on literature.

Students review what they have learned and solidify skills for answering multiple-choice and free-response test questions, then take the final exam. 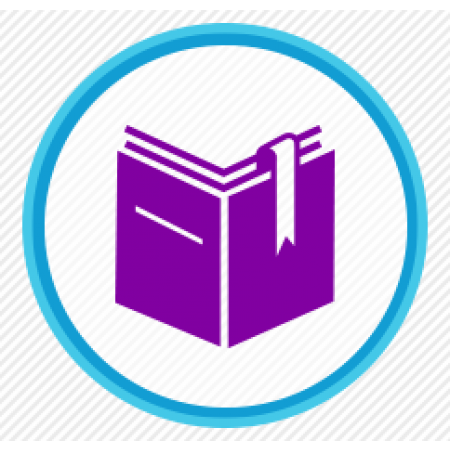