In this challenging survey of world history from prehistoric to modern times, students focus in depth on the developments and events that have shaped civilization across time. The course is organized chronologically and, within broad eras, regionally. Lessons address developments in religion, philosophy, the arts, science and technology, and political history. The course also introduces geography concepts and skills within the context of the historical narrative. Online lessons and assessments complement World History: Our Human Story, a textbook written and published by K12

The human story begins in the distant past, long before written language. Many details of our earliest history remain unknown. But tantalizing clues buried in the earth have helped shape a fascinating tale. The earliest people lived by hunting animals and gathering wild food. After the discovery of farming, they settled down. They built towns, which grew into cities. And they faced difficult questions. Who would perform important tasks, like growing crops and building canals? Who would be in charge? How should society organize itself? And how will people remember their own history? The answers, as well as brand-new questions, arose with the world's first civilizations.

Mighty empires dominated vast regions, but after 1500 B.C., small trading kingdoms flourished, too. Minoans and Phoenicians plied the Mediterranean trading many goods and spreading culture and new ideas. Other peoples migrated across wide areas. The Hebrews, founders of Judaism, followed the Fertile Crescent to Canaan. The Aryans settled in northern India and introduced the ideas that became Hinduism. Centuries later, India saw the rise of Buddhism and in China, a great teacher named Confucius introduced a philosophy that has shaped the lives of millions. The classical eras in India and China set enduring artistic standards.

Two civilizations on the northern Mediterranean Sea shaped the Western world. Classical Greece produced arts and sciences whose impact is still evident. Moreover, they invented democracy. Greek achievements inspired the Romans, who reached new heights in engineering and created the framework for representative government. During the early years of the Roman Empire, a new religion emerged in a distant eastern outpost of Rome's vast territory. Eventually embraced by Rome, the faith based on the teachings of Jesus would long survive the empire. The legacy of classical Greece and Rome remains strong today.

Civilization developed in different parts of the world at different times. Some civilizations built on earlier civilizations; some developed in isolation. In Africa and the Americas, civilizations developed long after the complex societies of East Asia and the Mediterranean did. In Asia Minor, Byzantine civilization rose from the remains of the Roman Empire and kept alive the Greco Roman legacy while developing a unique culture and influencing a vast new country, Russia. In the same region, the new religion of Islam gave rise to a new empire whose achievements helped shaped the modern world.

In seventh-century China, many years of conflict and division gave way to a long period of accomplishment and innovation. But the peace was shattered in the 1200s by fierce nomadic invaders, the Mongols. Meanwhile, in Korea and Japan, people built on Chinese influences to develop their own distinct cultures.

In Europe, the Roman Empire was gone. Tribes and rulers competed for territory, and Christianity continued to spread. The Middle Ages had begun, a time that is often called an "Age of Faith." How did the Christian church provide a source of social unity during the Middle Ages? What explains the church's increasing political power?

As the Middle Ages continued in Europe, large empires were developing elsewhere in the world. In Africa, prosperous trading kingdoms, fueled by their trade in gold, grew into empires. Muslim traders brought their religion and culture along with their goods to the people of sub-Saharan Africa, and East African cities welcomed traders from all corners of the known world.

Meanwhile, three new Islamic empires emerged to rule much of Asia, bringing together diverse cultural, ethnic, and religious traditions. China and Japan took a different path, as rulers in those countries closed their flourishing empires to outside contact.

As the Middle Ages wore on in Europe and mighty empires rose and fell in Africa and Asia, great changes appeared on both sides of the Atlantic Ocean. In Mesoamerica, people built lavish cities and erected huge temples. Eventually, these people fell under the control of the Aztecs. In South America, the Inca built a great empire high in the Andes Mountains. What were the people of the Americas like? What happened to them when Europeans arrived?

Meanwhile, Italian city-states once devastated by plague prospered through trade with Byzantine and Muslim traders. The exchange brought new ideas to Europe. How did these new ideas lead to great changes?

Students review what they have learned and take the semester test.

Over the course of 11 weeks, students work on a world history honors project. They choose a topic, conduct and analyze research, and communicate their ideas and conclusions in the format of their choice, with appropriate citations.

What do we mean by the Modern Era? The European Renaissance brought new ideas and discoveries. Spurred by the desire for riches, adventure, and knowledge, Europeans launched an age of exploration. They found a world entirely new to them. The transformations in thinking that characterized the Renaissance and Age of Exploration extended to religious thought as well. The Protestant Reformation brought conflict and cultural changes.

What were the consequences of new global connections? What impact did such dramatic changes in religious practices have? By 1700, the world was a very different place from what it had been in 1500.

Many historians say the modern world was born in the 1500s. It was then that a revolution in the way scholars looked at the natural world led to the scientific method and to modern science and mathematics. That change in thought processes, and the natural laws of science that followed, spilled into other areas of life. Political thinkers began to apply the idea of natural law to society and government. What came to be known as the Enlightenment, in turn, helped spur political revolutions in Britain's North American colonies, in France and across Europe, and in Latin America. The modern world had taken shape.

Beginning in 1750, Western societies began transforming in an era we know as the Industrial Revolution. New machines allowed manufacturers to produce goods quickly and efficiently. New forms of transportation and communication connected people, cargo, and information as never before. New inventions eased life for many, and new ways of doing business led to a growing middle class.

For millions, however, the Industrial Revolution brought terrible living conditions and dangerous work in smoke-belching factories. It also led industrializing nations to seek resources and markets in other lands, launching a new era of imperialism.

Although the twentieth century dawned with optimism and confidence, tensions soon arose among European nations. Their race for arms and territory would lead to the most terrible war the world had ever seen, the Great War. What were the costs of the Great War? What would result from the peace treaty ending the conflict?

Before the Great War ended, a Communist revolution transformed Russia. Nationalism in India and the Middle East sparked protests against colonial rule after the war and brought change. By the 1930s, the world faced a new crisis, an economic depression that had started in the United States and spread around the globe. What changes would arise out of this crisis?

When the First World War ended in 1918, many tensions and problems were left unresolved. In 1939, lingering tensions and resentments erupted into another worldwide war, which was even more destructive than the Great War.

World War II began with Hitler's attempts to create a massive German empire in Europe. The war ended only after nearly six years of devastation and death. Germany was defeated, but the cost was enormous. Millions had died around the world and millions more in Hitler's campaign of genocide. And the world faced a new reality, a bomb capable of unimaginable destruction.

In recent decades, the world has changed at a dizzying pace. Latin American nations fought to expand their economies, but many fell prey to dictators and outside intervention. In China, communism spurred industrialization but destroyed lives and traditions. Elsewhere in Asia and in Africa, colonialism collapsed in the face of strong nationalist independence movements, but many new nations fell into civil, tribal, and religious wars. In some regions, extremists turned to terrorism in response to poverty and anger. Nevertheless, democracy is growing worldwide, and the future presents not only challenges, but promise.

Unit 7: Looking Back and Ahead

One of the most significant trends today is globalization, the increasing interaction and integration of the world's economies and cultures. Beginning in the 1990s, advances in computer technology accelerated globalization. Other technological advances have led to a slow but steady improvement in the standards of living worldwide. Despite these advances, poverty, hunger, and disease remain major challenges.

Students review what they have learned and take the semester test.

Over the course of 11 weeks, students work on a world history honors project. They choose a topic, conduct and analyze research, and communicate their ideas and conclusions in the format of their choice, with appropriate citations. 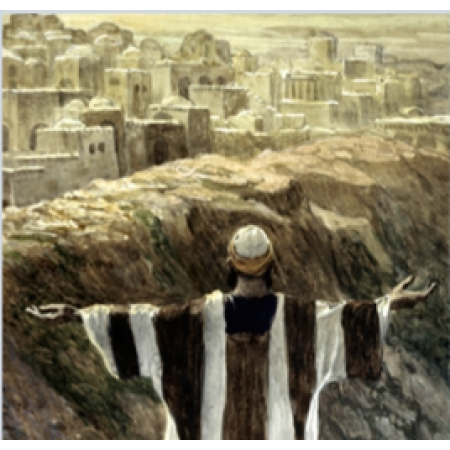 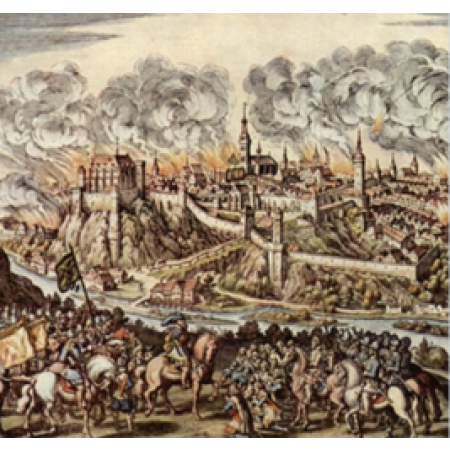