Students explore physics and it place among the sciences, and confront concepts of the role in society of physics in now and in the past. Students examine the relationships of energy and the physical systems scientists and model systems use to study energy.

To prepare students for solving chemistry problems throughout the course, students learn about the metric system, significant figures, and conversion techniques. They learn the use of both base and derived metric unit. In a laboratory they take measurements and understand them within the context of solving problems in physics.

To prepare for solving physics problems throughout the course, students learn about collecting and graphing data obtained from research. They create and interpret graphs and learn how to properly construct and label graphs. Students are also give an overview of the strategies needed to solve physics problems, including keeping units straight and estimating answers to apply to physics problems.

Students begin their direct study of physics with an examination of kinematic motion. They compare and contrast speed and velocity, employing a frame of reference. They construct velocity-time graphs. They then move to the concept of acceleration. Students perform two laboratories during this fundamental examination of moving bodies.

Dynamics is the study of how forces affect the motion of a body. Students define and give examples of the various kinds of force that act upon objects to change their motion. Students confront the physical realities of Newton's three laws of motion. A laboratory gives students first-hand experience in applying Newton's laws.

Physicists are often confronted with determining the net force applied to a stationary or moving object. What will be the effect of the force or forces applied? To solve problems, students learn how to calculate net forces both graphically and through the use of trigonometry. This unit gives students a primer on the application of trigonometry to solve net force problems. There are two laboratories in this lesson so students can determine net forces and apply the proper mathematics to issues of the change in a body's motion.

All students are familiar with certain kinds of moving objects, a cannonball shot through the air, a baseball thrown in from center field, the swinging arm of a grandfather clock, a spring bouncing up and down. These are all examples of motion in two directions, the subject of this unit. Students conduct experiments in spring motion and other forms of harmonic motion. Students apply the knowledge gained in their studies of kinematics and dynamics to a new type of motion of a physical body.

This course in physics builds students' knowledge step by step. Their understanding of motion gives them a basis for understanding both Newton's and Einstein's views of gravity. They will work with some of the data that Kepler worked with. Students work problems with the inverse square law as applied to the gravitational attraction between two bodies. With a firm basis in acceleration, students see how Einstein explained gravity to the world.

It is traditional in science classes to start a course with a discussion of the scientific methods. In this course, however, students are engaged in the scientific method later in the semester, allowing students to work with scientific processes after they have a solid basis in the physics of motion. Students spend detailed time on questioning, forming hypotheses, and other science processes.

Students research and report on distances between stars and planets in linear and logarithmic scale; plot in scientific notation the distance from the Sun of the Voyager 1 and 2 spacecraft; calculate and graph other distances; and research and describe two proposed methods for interstellar rocket propulsion.

Students research and report on velocity and acceleration of a spacecraft; then design and test an apparatus that protects a raw egg when dropped. Then they describe how the design might be implemented in a spacecraft.

In his studies of motion Newton spoke of the "quality of motion." All three of Newton's laws were written about momentum???the subject of this unit. As a basis for understanding momentum, students first define it and apply the mathematics of momentum to an object, and then learn the law of conservation of momentum and its importance. The importance of the law of angular momentum is then discussed. Students do a laboratory that gives them data to which they can apply their understanding of momentum.

In this unit students take another step in understanding energy as it applies to physical systems by examining the concept of work. Using their knowledge of free-body diagrams, students work though problems involving direction of work problems, using simple and compound machines as a template by understanding work and power.

The conservation of energy is one of the fundamental laws of physics, and forms the basis for this unit. Students learn about the forms of energy and how one form can be transformed into another, realizing that energy is always conserved in the process. A laboratory gives students real experience with energy conservation in the sense of physics.

Thermal energy is a form of energy with a unique basis in atomic theory. Heat and thermal energy are discussed as resulting from the movement of particles and the motion in a many-particle system. Students come to know both the first and second laws of thermodynamics and get first-hand experience with heat engines. In addition, students calculate the heating of an object from solid to gas, including calculation of heat changes during change of state.

Heat is one way that energy moves from one place to another, and now students examine another way, through waves. Young physicists learn the characteristics of waves by examining them and then by studying sound as an example of one type of wave. This unit provides the fundamentals that students apply to the study of light.

The electromagnetic spectrum contains radiation of various wavelengths, including X-rays, gamma rays, and visible light. Students study the properties light by exploring diffraction and the resulting interference. Reflection and refraction form the basis for students' understanding of the optics of mirrors and lenses. A laboratory on optics gives students the opportunity to create and interpret ray diagrams based on hands-on learning.

Students have explored the energy of motion and waves, as well as thermal energy. With this sound basis of what energy is and how it is conserved, students' attention is turned to electricity, another form of energy. This unit explores the electric charge and its behavior in electric fields. Students are introduced to the concept of an electrical field and apply various equations that define the behavior of a test charge in electric fields.

When you read news or see it over electronic media you can understand the importance of some of the area of physics traditionally called modern physics. Solar panels, for example, work because light, striking certain surfaces, can cause the generation of electricity. Why this happens was explained by Einstein. This and other modern physics topics connect students to the importance of physics in the modern world.

Students research and report on electrical power needs of four major U.S. metropolitan areas; the amount of solar energy received at the Earth's surface at the latitudes and longitudes of these cities and how it varies monthly and annually; the types of solar concentrating power plants including their technology and the physics principles involved; the technology and physics principles involved in photovoltaic cells; and the amount of power that could be supplied by a solar concentrating power plant vs. photovoltaic cells for each metropolitan area. 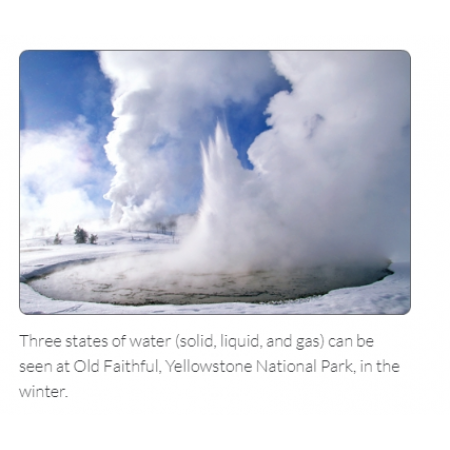 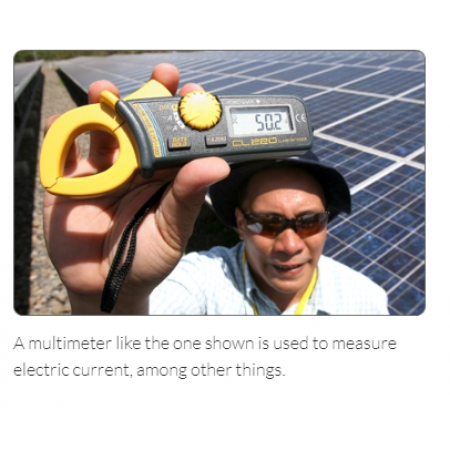